I feel like I can’t write anymore. This thought has been stuck in my head ever since I took a memoir workshop with a well-respected former editor of a national magazine. She had nothing good to say about my submission. She went through everyone else’s submissions line-by-line. She left mine for last. She gave a sweeping critique basically saying what I’d written wasn’t good and I should scrap it altogether. No positive feedback. I literally felt like a failure.

My hope was to start writing my memoir book using some of the tools she would give us, but she only praised one writer’s work and the rest were basically ripped apart.

After the workshop I was emailing another writer from the group and she said she decided she wasn’t going to write anymore. The critique told her that she had no value in what she written or how she said it.

When I first started teaching writing, a colleague, who’d been teaching writing for many years before I started, gave me some advice when I asked him “What do you say when the submission has many flaws and issues?” His reply: “I always start with a positive statement, then give a few ideas on how to strengthen the piece.”

All writers know that writing is hard work. It’s also subjective. Unless it’s just gawd awful to the point of being off-the-wall confusing and riddled with spelling and grammar errors, there’s always a redeeming quality and advice to be given to strengthen the writing for the next piece. And who’s to say what’s good and what isn’t? Someone reads a novel and loves it, and someone else will say it’s a piece of [fill in the blank].

As a writing instructor I give constructive feedback to help students strengthen their writing. My ego isn’t part of the equation. Even if I don’t like the story, I can always see ways to enhance it. I never squash hopes and dreams and I never, ever change the writer’s voice. I give them ideas that will enhance their writing and make it stronger. The result is a much better second submission (be it the same story or another assignment) because they  implemented the ideas I shared with them.

So why can’t I write? Well, the truth is I can. I always could. But like any creative, there are moments of questioning, particularly when someone gives us harsh words about our work. We can’t help but focus on that one, negative comment rather than all the positive ones we’ve receive over and over again.

The point is that no one should ever tell someone else they “can’t do it.” Beauty is indeed in the eye and ear of the reader when it comes to writing. Some people are touched by one writer’s words; another person has a totally different reaction. Literary fiction and everyday writing will always be different. One person’s story and how it’s told will always be personal and written from the writer’s heart. To stomp on a person’s thoughts and vanquish their hopes isn’t critique, it’s just plain hurtful. Writers become good writers when great writers show them how it’s done with positive comments to help them learn the craft and grow.
What are your thoughts about how to approach writing critiques?

10 thoughts on “Critique Writing with Kindness” 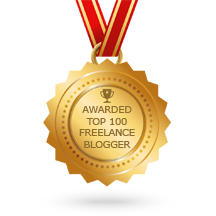 My Tweets
Scroll to Top
Share this ArticleLike this article? Email it to a friend!
Email sent!